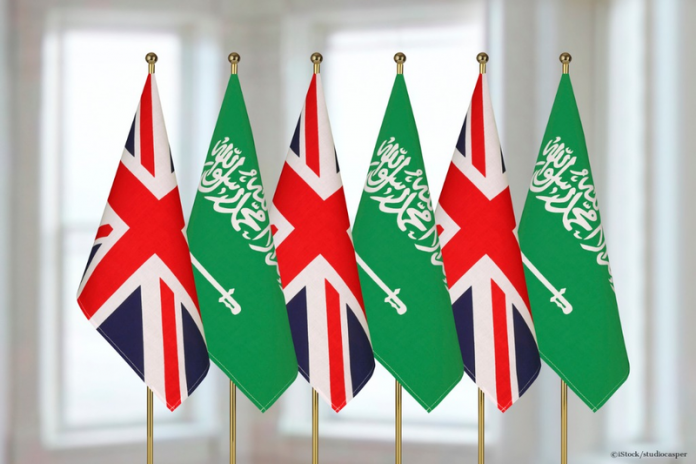 Two Saudi diplomats were thrown out of the UK for alleged drink-driving, Foreign Secretary Dominic Raab has revealed.

The unnamed pair were both expelled from the Saudi diplomatic mission in the UK over three alleged offences.

One person was responsible for two allegations of driving under the influence of alcohol from 2018.

Another faced an allegation of driving under the influence of alcohol and dangerous driving, Mr Raab disclosed in a written statement to MPs.

Drink-driving is considered a serious offence by the UK government and will prompt them to ask a country to waive diplomatic immunity “where appropriate” for those diplomats who have allegedly committed the offence.

If this is refused, the UK requests the diplomats are withdrawn from their embassies.

“Owing to the serious nature of the alleged offences, both individuals were expelled from the diplomatic mission,” Mr Raab said.

Around 23,000 people are entitled to diplomatic immunity in the UK under the 1961 Vienna Convention on Diplomatic Relations.

Mr Raab is currently involved with the controversial case over Harry Dunn, the teenager killed when his motorcycle was hit by a car outside RAF Croughton on 27 August.

The suspected driver Anne Sacoolas, the 42-year-old wife of a US intelligence official working at the base, claimed diplomatic immunity following the crash and was able to return to America.

An extradition request for Mrs Sacoolas was rejected by US secretary of state Mike Pompeo last month.

In his written statement about the two Saudi diplomats, Mr Raab said: “The Foregin Office does not tolerate foreign diplomats or dependants breaking the law.

“We take all allegations of illegal activity seriously.

“When the police or other law enforcement agency bring instances of alleged criminal conduct to our attention, we ask the relevant foreign government or international organisation to waive immunity where appropriate.

“For the most serious offences, and when a relevant waiver has not been granted, we request the immediate withdrawal of the diplomat or dependant.”

In 2017, a foreign diplomat was thrown out of the UK amid allegations of two rapes and an attempted rape.

The individual, who also faced an allegation of malicious communication, was unable to be prosecuted because they held diplomatic immunity.

The North American diplomatic mission to the UK owed the most, with unpaid congestion charge debts of £12,446,845.

The Japanese diplomatic mission had the second largest debt, owing £8,510,650 after incurring 69,690 fines.

The long-running dispute over the congestion charge has seen the US embassy, and many others, argue the fee is a tax and so covered by diplomatic immunity.

Of course, Macron will not apologize for French crimes in Algeria

Melbourne Post - January 29, 2021
0
BY MERVE ŞEBNEM ORUÇ -: Before his election in February 2017, French President Emmanuel Macron said that France’s colonization of Algeria was a “crime against...

European Union Should Play Stronger Role in the Armenia – Azerbaijan...

Young and non-white Britons likelier to lose jobs after furlough