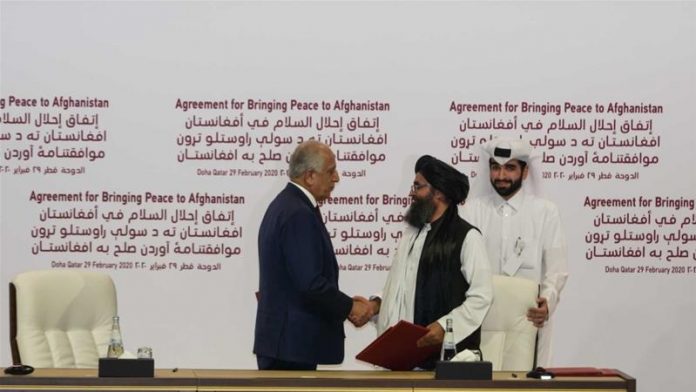 The Taliban have mounted more than 4,500 attacks in Afghanistan, marking a sharp escalation in violence, in the 45 days since signing a deal with the United States that paves the way for a U.S. troop drawdown, according to data seen by Reuters.

Two sets of data, one from a Western military source and one from an independent body, both show attacks by the hardline extremist group up by more than 70% between March 1 and April 15 compared to the same period a year ago.

Separately, Afghan government data indicates that more than 900 Afghan local and national forces were killed during that same period, up from about 520 a year earlier.

Meanwhile, Taliban casualties fell to 610 in the period, down from roughly 1,660 a year ago, as U.S. and Afghan forces have reduced the number of offensive attacks and air strikes following the U.S.-Taliban accord.

Senior western, Afghan and independent officials tracking the ground situation say that the increase in attacks shows the insurgent group’s willful disregard of a pledge to reduce violence made as part of the accord signed in late February.

The violence in the war-damaged nation has coincided with the rapid spread of the coronavirus infection.

In Washington, Pentagon spokesman Jonathan Hoffman told reporters that while the Taliban have adhered to a commitment in the Feb. 29 deal not to mount attacks on U.S.-led coalition forces or major cities, the militants’ level of violence “is unacceptably high” and “not conducive to a diplomatic solution.”

“We have continued to do retaliatory attacks, defensive attacks to help defend our partners in the area and we will continue to do that,” Hoffman added.

The four provinces that have reported the highest number of cases of the infection have also been the ones hit by the most by Taliban violence in recent weeks, according to the two data sets and at least three senior Afghan and western officials.

As of May 1, Afghanistan has reported over 2,335 coronavirus cases and 68 deaths, but international observers believe numbers could be much higher, given the lack of testing.

“Taliban fighters are not hitting large government centers or cities, they are focusing on villages in Herat, Kabul, Kandahar and Balkh provinces that have reported the highest number of coronavirus cases,” said a senior Western security official on condition of anonymity.

‘A matter of time’

Western security officials, diplomats and international observers said the Taliban’s strategy to slowly erode government control of rural areas and then position themselves to besiege cities during the pandemic could derail the peace deal.

“They are slowly encircling all of Afghanistan’s major cities,” said Jonathan Schroden, an expert with the Center for Naval Analyses who has provided assessments on the security situation in Afghanistan to the U.S. military and Congress.

“So it’s either a matter of time before they get a deal satisfactory to them or they put those major cities under siege.”

Two Taliban spokesman said the group was not responsible for a majority of the attacks in recent weeks. They accused the U.S. of jeopardizing the peace agreement by supporting Afghan security forces and not releasing 5,000 Taliban prisoners as part of a prisoner swap stipulated under the accord.

The Taliban say the group’s attacks between the start of March and April 15 fell 54.7% compared to a year ago to 537.

The group said its attacks were not “as intense” compared to the previous year and Afghan security forces members killed fell 54.2% to 935 while the number wounded fell 55.9% to 742.

The Defense Ministry said army troops were in “active defense mode” and using the air force to stop Taliban advances.

Security officials said Miller issued a “stern warning” to stop operations against Afghan forces and adhere to pledges under the accord aimed at ending nearly two decades of war.

Taliban spokesman Zabihullah Mujahid said he was aware of recent insider attacks in which several Afghan force members were poisoned to death, but denied the group was responsible and said recent violence at checkpoints involved Afghan forces attacking civilians.

He added, however, that the Taliban did not deny using infiltrators or causing insider attacks as part of its war strategy.

Pakistan found one of the largest ever gas reserves in history

U.S. has commitment from ‘relevant parties’ to ceasefire after Israel-Gaza violence