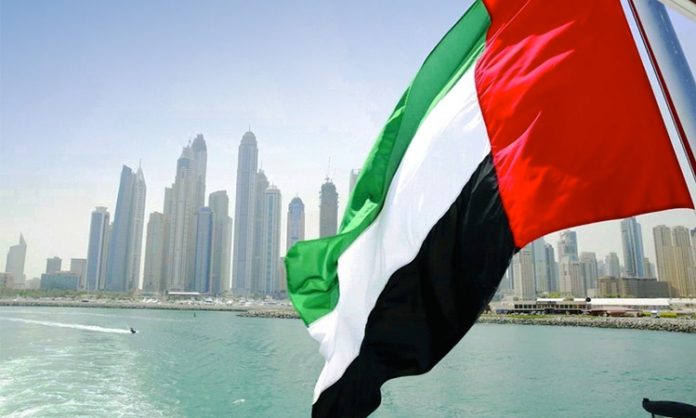 In a letter to the Libyan government of Prime Minister Fayez al-Sarraj late Friday, council member Mohamed Amaria Zayed termed the UAE as an “aggressor.”

“Maintaining silence to the crimes of this state would mean abandoning the blood of the martyrs,” he said in his letter.

Zayed called on Libya’s Presidential Council to “take the step to halt the Libyan bloodshed and violation of (Libya’s) border by this state.”

He also urged the Libyan authorities “to pursue the UAE at international courts” and to deal with the Gulf state as an “enemy.”

“It is proven beyond doubt that the UAE is involved in shedding the Libyan blood, violating the country’s sovereignty by occupying part of its land, establishing military bases, violating our airspace and carrying out airstrikes with the aim of killing Libyan citizens,” he said.

The council member went on to accuse the UAE of providing military, political and financial support to Haftar’s forces “with the aim of toppling the legitimate government.”

Haftar, the leader of the illegal armed forces in eastern Libya, has intensified attacks on civilians since the beginning of May as the Libyan army recently gained an advantage and inflicted severe losses on his militants.

Libya’s government has been under attack by Haftar’s forces since April 2019, with more than 1,000 killed in the violence. It launched Operation Peace Storm on March 26 to counter attacks on the capital.

Following the ousting of late ruler Moammar Gadhafi in 2011, Libya’s legitimate government was founded in 2015 under a U.N.-led political agreement.

Hundreds of thousands of deaths linked to long working hours –...

Melbourne Post - May 17, 2021
0
Working more than 55 hours a week increases the risk of death from heart disease and strokes, according to a United Nations study out...

Russia warns US about transforming forces withdrawal from Afghanistan into relocation...

Iran Coronavirus : Hospitals refusing to treat Afghans living in the...

Bank of America economist says US officially in economic recession

Oil prices down over rising value of US dollar