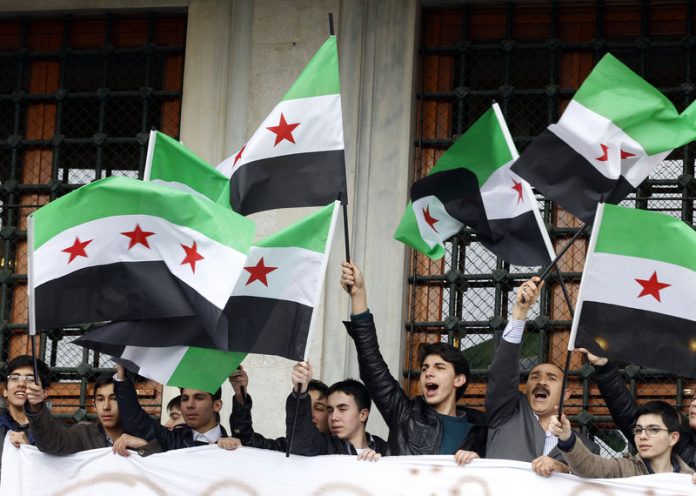 Russia has proposed to jointly host an international conference on the return of refugees in the Syrian capital Damascus next month.

A high-level Russian delegation pitched the idea during a meeting with Syria’s Bashar Assad on Thursday.

Western nations and many of the more than 5.6 million Syrian refugees, however, are against an international conference on the return of refugees and displaced persons unless a political solution is found to the nine-year-old war. Some 6 million Syrians have also been internally displaced.

A U.N.-facilitated political process has been stuck for months and many Western countries blame the Assad regime for blocking progress. Many Syrians and Western countries believe conditions in the country are not ripe for the mass return of refugees who escaped the war.

It is also not clear whether some of the largest hosts of Syrian refugees, such as Turkey, would attend a conference held in Damascus.

The proposed dates for the Russia-sponsored conference are Nov. 11-12.

Accordingly, the two sides discussed efforts to ensure the conference achieves positive results that contribute to “alleviating the suffering of Syrian refugees and allowing them to return to their homeland and their normal life,” particularly after restoring stability and security in most of Syria.

U.S. Deputy Ambassador to the United Nations Richard Mills said Wednesday the conference was not organized in coordination with the U.N. or the countries hosting the largest numbers of refugees, urging nations to boycott it.

Mills said the U.S. “does not believe the Russian military is a credible host for convening a meaningful discussion on the return of refugees.”

Russia’s U.N. Ambassador Vassily Nebenzia said “the forum will provide a platform for substantive dialogue with all stakeholders on all issues related to providing assistance to Syrians returning to their homes.”

“Unfortunately, we are forced to say that due to the anti-Syrian bias a number of colleagues had immediately started to discredit this humanitarian initiative,” Nebenzia said.

Russia’s call for the return of refugees comes at a time when Moscow has increased its airstrikes on civilians and the Syrian opposition.

According to the White Helmets, officially the Syrian Civil Defense, more than 120 attacks were launched by Russian warplanes and regime forces since the beginning of this month on civilian homes in northern Syria. “Attacks which killed 28 people, and wounded many other civilians,” it said in a tweet Thursday.

Russia’s targeting civilians was also documented by the Human Rights Watch (HRW). The group this month in a report said it investigated dozens of “unlawful” air and ground strikes by Russia and the regime on civilian targets in the region around the city of Idlib between April 2019 and March 2020 that killed hundreds of innocent people.

In March, a fragile truce was brokered between Moscow and Ankara in response to the months of violence created by the Russia-backed regime after it launched military offensives on the country’s last major opposition stronghold in Idlib and displaced almost a million people from their homes. Most of the refugees sought shelter at camps close to the border with Turkey, while others went to areas under the control of the Syrian opposition.

Misery, desperation in Indian Occupied Kashmir a year after loss of...

Melbourne Post - August 4, 2020
0
The clampdown in disputed Kashmir imposed to tighten New Delhi's grip has deepened the desperation of Kashmiris a year after the restive region was...

Turkey’s Cavusoglu calls for elections in Mali without delay

Many cooperation agreements to be signed during PM Imran Khan’s visit...