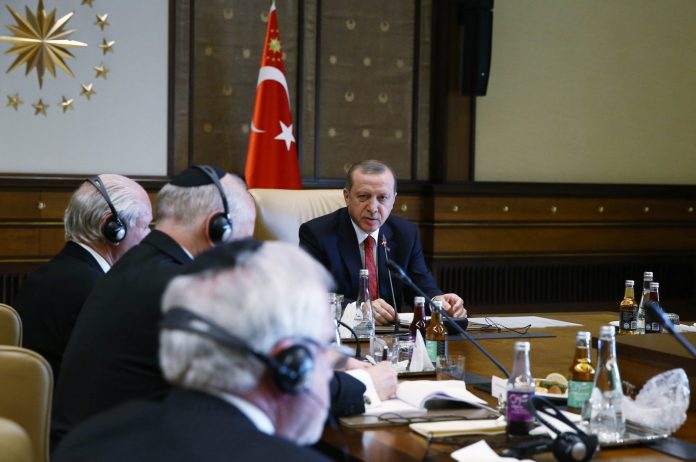 President Recep Tayyip Erdoğan called the co-president of the Turkish Jewish community to extend condolences for the loss of his mother, reports said Tuesday.

Members of the Jewish community in Turkey are mostly descendants of Sephardic Jews that took shelter in the Ottoman Empire after fleeing Spain centuries ago. Their numbers, mainly concentrated in Istanbul nowadays, dwindled due to a pogrom decades ago and migration to Israel. In 2015, the community publicly celebrated Hanukkah for the first time in decades in a ceremony held in Istanbul, where two synagogues were the target of terrorist attacks in 2003.

Melbourne Post - November 26, 2020
0
The British government broke the law with a hardline immigration policy that left a "shameful stain," deporting members of the "Windrush" generation of Caribbean...

French health workers up in arms over mask supplies as coronavirus...