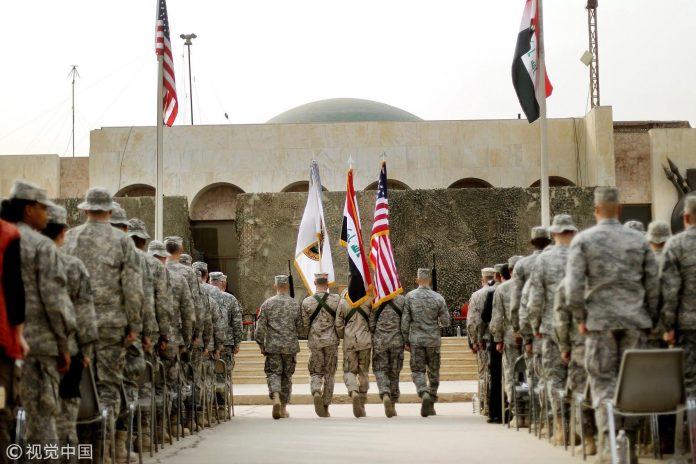 An Iraqi military airbase, which houses US forces, has been targeted by three Katyusha rockets on Thursday, a police officer said on Friday.

A Baghdad police officer said the three rockets targeted the Martyr Muhammad Ala Air Base inside the Baghdad airport.

The officer, who preferred not to be named, said: “It is not clear until now whether there were any casualties or injuries due to the attack.”

The airbase houses joint forces, including Iraqi and American soldiers, as well as other foreign forces from the US-led international coalition.

Melbourne Post - May 8, 2020
0
Saudi Arabia’s cabinet confirmed that the Palestinian cause will remain a “central issue” for Arabs and Muslims, according to a statement issue by a Saudi Press Agency today. During...

No F-35 Jets – UAE cancels meeting with US and Israel

On Scottish referendum, PM says vote should only happen once in...

Johnson says EU trade deal is ‘there to be done’