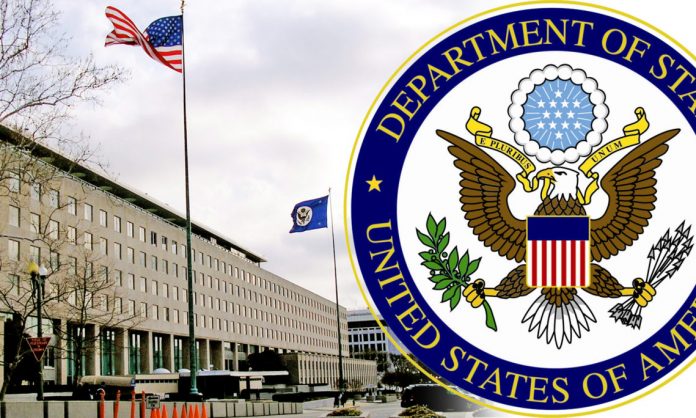 ‘It is critical to avoid unilateral steps that exacerbate tensions or take us further away from peace,’ says State Dept.

The US raised alarm on Friday at the potential evictions of several families in Palestinian-majority neighborhoods in occupied East Jerusalem.

“We are deeply concerned about the potential eviction of Palestinian families in the Silwan neighborhood and in Sheikh Jarrah, many of whom have lived in those homes for generations,” State Department spokeswoman Jalina Porter told reporters.

“As we have consistently said, it is critical to avoid unilateral steps that exacerbate tensions or take us further away from peace, this includes evictions, settlement activity and home demolitions,” she added.

The Israeli Central Court in East Jerusalem approved a decision to evict seven Palestinian families from their homes in favor of right-win Israeli settlers at the beginning of 2021.

Israel’s Supreme Court delayed its ruling on their evictions on Thursday amid heated demonstrations and clashes between Palestinians and settlers. Another hearing has been scheduled for May 10.

Since 1956, a total of 37 Palestinian families have been living in 27 homes in the neighborhood. However, Jewish settlers have been trying to force them out on the basis of a law approved by the Israeli parliament in 1970.

Hundreds of thousands of Palestinians were forced to flee their villages and towns in historical Palestine to neighboring countries including Jordan, Lebanon and Syria in 1948.

Israel occupied East Jerusalem during the 1967 Arab-Israeli war. It annexed the entire city in 1980 in a move never recognized by the international community.

Melbourne Post - November 30, 2019
0
Turkey reaffirms its central role in regional energy security with the successful completion of the Trans Anatolian Natural Gas Pipeline and its connection to...

Indian Fueling of insurgencies in neighborhoods

Police given access to details of people told to self-isolate by...

UN calls for protection of civilians in NW Syria