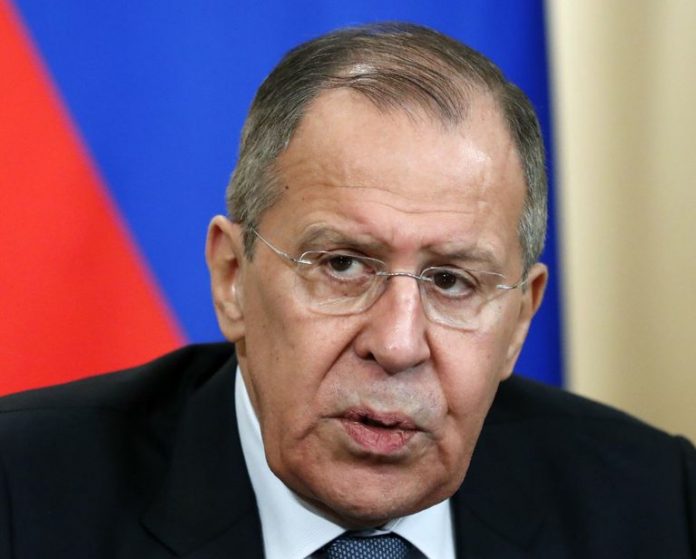 Discussion must be aimed at reconciliation between Taliban, other political forces, says Russian foreign minister.

Russia supports the idea of discussing the recent developments in Afghanistan at the UN Security Council, the Russian foreign minister said on Tuesday.

However, the discussion must be substantive and aimed at finding ways of reconciliation between the Taliban and other political actors, Sergey Lavrov said at a news conference in Budapest following a meeting with his Hungarian counterpart Peter Szijjarto.

“The President of France [Emmanuel Macron] recently, in a conversation with President [of Russia Vladimir] Putin, proposed to meet as part of the five permanent members of the Security Council, to exchange views on Afghanistan. We are ready. In New York, they propose to convene a meeting of the Security Council in full, that is, with non-permanent members, we are also ready for this.” Lavrov said.

“The main thing is that conversations in such formats […] should be aimed at developing approaches that will help reach agreements between the Taliban and other political forces,” he added.

The minister said Russian authorities discuss the situation in Afghanistan in different formats, including within the framework of the troika (China, Russia, the US) on Afghanistan.

According to him, Moscow remains committed to the task of “establishing peace and stability in Afghanistan, so that the threats of terrorism and drug trafficking no longer emanate from the territory of this country”.

Lavrov reiterated that Russia opposes the deployment of US troops in Central Asia as well as other states in the region.

He also accused Washington of having double standards regarding Afghan refugees.

“The citizens of Afghanistan in question, in this case, have been cooperating with the Americans for many years and it is unclear why Washington needs two more months to issue them permits to enter the country,” he said.

The Taliban seized control of Afghanistan after taking Kabul on Aug. 15, forcing the president and other top officials to leave the country.

Melbourne Post - December 20, 2020
0
LONDON (Reuters) - Britain’s European neighbours began closing their doors to travellers from the United Kingdom on Sunday amid alarm about a rapidly spreading...

Iraqi security forces’ use of live bullets kills nearly 280 amid...