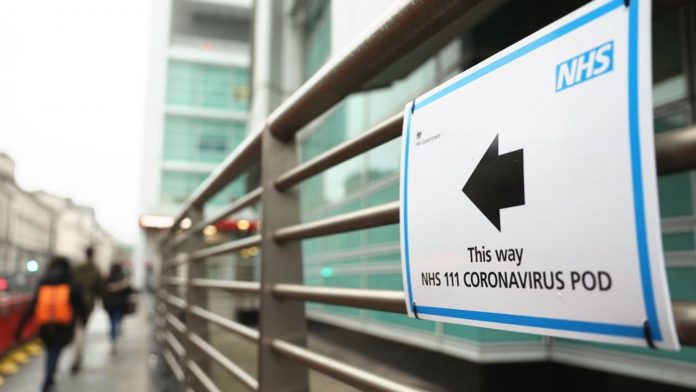 LONDON, Aug. 29 (Xinhua) — Another 33,196 people in Britain have tested positive for COVID-19, bringing the total number of coronavirus cases in the country to 6,731,423, according to official figures released Sunday.

“The Delta variant was responsible for the uptick in COVID cases this summer in the UK, and many of us have heard of even vaccinated people that became infected,” said Dr Zania Stamataki, a viral immunologist at University of Birmingham.

The latest data came as the latest figures showed that infections were higher in the week leading up to Aug. 20 than in the corresponding week of the second wave.

Around one in 70 people in private households in England had COVID-19 in the week to Aug. 20, up from one in 80 in the previous week, according to the latest estimates from the Office of National Statistics (ONS).

“We are likely to see numbers increase in the weeks ahead due to a number of reasons. Cooler autumn weather, leading to increased indoor social mixing, is likely to drive further increases in the coming weeks,” said Dr Simon Clarke, associate professor in cellular microbiology, University of Reading. “The end of summer holidays and return of people to work and education, without clear guidance on physical measures to avoid transmission such as mask wearing or social distancing, is also likely to push up infection rates.”

The British government has been preparing for a booster programme expected from next month, while the World Health Organisation (WHO) said such shots should be delayed to raise vaccination rates globally.

Earlier this month, the WHO called for a moratorium on COVID vaccine booster shots to help ease the drastic inequity in dose distribution between wealthy and poor countries.

More than 88 percent of people aged 16 and over in Britain have had their first dose of vaccine and more than 78 percent have received both doses, the latest figures showed.

To bring life back to normal, countries such as Britain, China, Germany, Russia and the United States have been racing against time to roll out coronavirus vaccines. Enditem

Iran says it has detained U.S.-based opposition leader over 2008 bomb...

Melbourne Post - August 1, 2020
0
(Reuters) - Iran said on Saturday its intelligence services have detained a U.S.-based leader of a pro-monarchist group whom it accused of being behind...

US urges Turkey to maintain status of Hagia Sophia as museum

Aktaş Border Gate with Georgia closed due to Armenian harassment of...