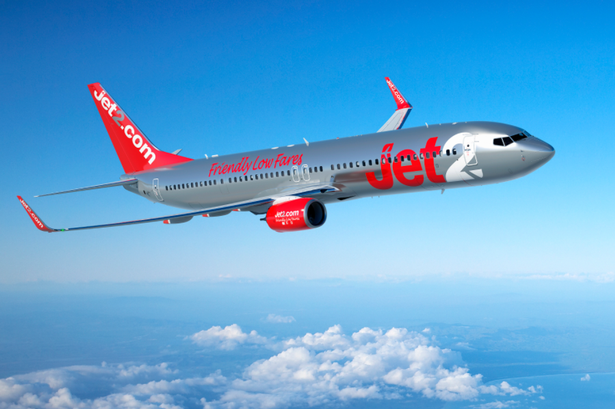 (Reuters) – British airline and holiday group Jet2 unveiled a deal to buy dozens of Airbus jets worth $4.9 billion at list prices on Tuesday, switching loyalties from U.S. planemaker Boeing as airlines gear up for a travel rebound in Europe.

The order for 36 A321neo jets, with options to add 24 more, confirms efforts reported by Reuters last month for Airbus to unseat its arch-rival as fierce competition returns to the coronavirus-blighted aviation sector.

The roughly 200-240-seat A321neo has been outselling large versions of the Boeing 737 MAX by a wide margin, though Boeing has been narrowing the gap through sales to U.S. carriers since a safety ban on the MAX family was lifted late last year.

Jet2 said it would finance its first-ever Airbus purchase through a combination of internal resources and debt. Its shares fell 1.7%, underperforming a slightly weaker market.

It said the planes would be delivered between 2023 and 2028 and noted that airlines typically win discounts on list prices. Industry sources say such discounts are usually at least 50%.

Airbus, whose shares eased 0.2%, said each aircraft would be configured for 232 seats.

It also turns the page on a difficult 16 months for the UK travel industry.

Pandemic travel restrictions have lasted longer in Britain than the rest of Europe and while demand has started to recover, fears over last-minute rule changes have hampered many bookings.

A year of booking surges followed by waves of holiday cancellations as restrictions change has, however, helped boost the popularity of package holidays, as customers see the benefit of an operator reorganising their trip for them.

Jet2 raised 422 million pounds ($586 million) through a share issue in February which it said was to help it ride out the COVID-19 pandemic.

(Reporting by Yadarisa Shabong in Bengaluru; Editing by Ramakrishnan M. and Susan Fenton)

Melbourne Post - June 8, 2020
0
palestinian business owners in occupied east Jerusalem are worried they will be forced to shut up shop by Israeli authorities over plans to build...

Britons’ concern about COVID rises to highest since May – ONS

Scotland’s Train services ScotRail to be brought into public ownership from...