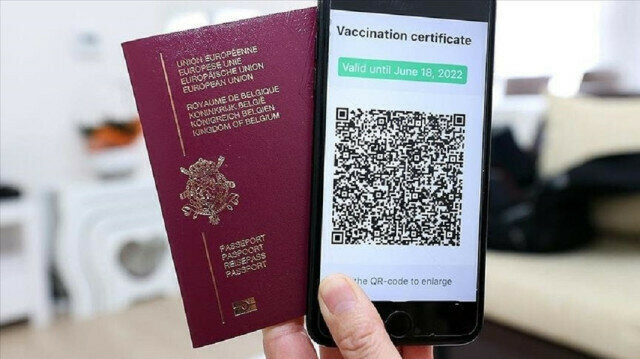 Nicola Sturgeon is to set out any further expansion of vaccine passports in Scotland during a scheduled coronavirus briefing.

The First Minister will make an announcement on potential changes to Covid-19 restrictions in the Scottish Parliament shortly after 2pm on Tuesday.

Vaccine passports came into effect in October and currently require nightclubs and large venues to only allow entry to people who can show they have been double jabbed.

Ms Sturgeon will confirm whether the scheme is being extended to more venues including theatres, cinemas and other hospitality venues.

Any changes to current Covid-19 restrictions are said to come into force from December 6 onwards.

Opposition parties have taken aim at the Scottish Government’s handling of the vaccine passport scheme.

Scottish Conservative leader Douglass Ross said there is “no evidence to suggest vaccine passports do anything to stop the spread of Covid-19”.

He said the SNP and Greens have not provided any factual evidence to show the current scheme is keeping Scotland safer, adding “no wonder it has been attacked by everyone from health experts to civil liberties groups.”

Ahead of Tuesday’s announcement, a Scottish Government spokesman said: “The situation around the pandemic is serious so we are being open about all of the options available to us that may be required to protect the public.”

Dr Liz Cameron, chief executive of the Scottish Chambers of Commerce, called on the First Minister to “seriously consider the economic damage” further restrictions could have on businesses.

In a letter addressed to Ms Sturgeon published on Monday, Dr Cameron said Scottish businesses remain “unconvinced” that the public health benefits of an extension to Scotland’s coronavirus scheme outweigh the negatives for individuals, businesses and the economy.

She said the Scottish Government has also failed to demonstrate that “workplace transmission” is happening in office settings, and said further encouragement of the work from home scheme will have a devastating impact on city centre economies.

In response, a Scottish Government spokesman said encouraging working from home is “an important mitigation in controlling the virus” and to minimise other economic and social restrictions.

Melbourne Post - October 20, 2020
0
JAKARTA (Reuters) - Indonesia rejected this year a proposal by the United States to allow its P-8 Poseidon maritime surveillance planes to land and...

‘Using 1915 incidents for politics by US saddens Armenians’

How the UAE is coercing young Sudanese into becoming mercenaries