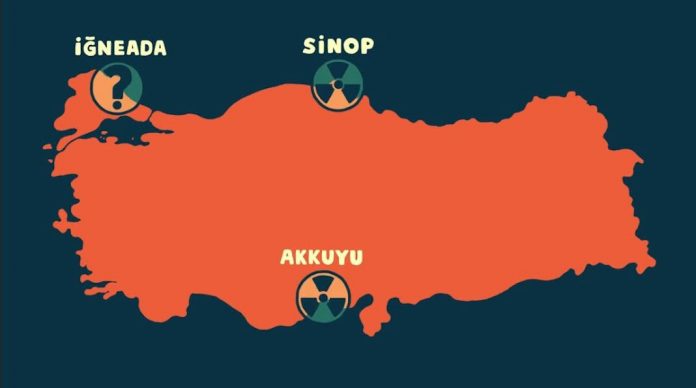 The results of feasibility studies conducted by Japanese Mitsubishi Heavy Industries, Ltd., the major partner for Turkey’s second plant, fell short of the ministry’s expectations in terms of the construction budget and the schedule for its completion, Dönmez told Anadolu Agency (AA) in an exclusive interview. As a result, the ministry is now considering other partners.

Meanwhile, Turkey’s first nuclear power plant (NPP) is progressing well. The first reactor of the plant is planned to be operational in 2023.

The construction license for the second unit was granted in August 2019, and construction of this unit is expected to start soon, according to the ministry.

The project company made an application for the construction license for the third unit last year. The Nuclear Regulatory Authority is evaluating whether to grant a limited work permit that will allow preparatory work before the laying of the foundation, Dönmez explained.

An intergovernmental agreement was signed between Turkey and Russia in May 2010 for Akkuyu NPP, which will have four VVER-1200 power reactors with a total installed capacity of 4,800 megawatts.

The plant’s groundbreaking ceremony was held on April 3, 2018, presided over by President Recep Tayyip Erdoğan and his Russian counterpart Vladimir Putin via video conference call from Ankara.

Dönmez said Turkey has increased the share of local and renewable resources for the country’s electricity production.

Electricity production from local and renewable sources in 2019 amounted to 62% compared with 49% in 2018, a 13 percentage point increase, he noted.

The trend to utilize domestic resources is anticipated to increase in 2020, he said.

“In 2019, electricity generated from hydropower plants was above the average for many years. Renewable energy depends on meteorological events, and with the shutdown of power plants that do not meet their environmental obligations, electricity generated from domestic coal may show some decline in 2020. When these two issues are considered together, the domestic rate for 2020 is estimated to be over 50%,” he said.

Dönmez said earlier that the average hourly power output of thermal power plants reached 1,883 megawatts and on Jan. 2, he said that Turkey has enough reserve capacity to balance the deficiency with other plants.

Melbourne Post - June 27, 2020
0
The Fire Brigades Union (FBU) has vowed to fight "unthinkable" proposals to cut the budget for the London Fire Brigade by £25m over two...

President Biden vows US backing for Ukraine as Russia amasses